I was in English the other day — we are currently studying W.B. Yeats’ Poetry — and we were scrutinising every stanza, every line, and every last word of this one poem until we had completely decoded the beautiful mystery that it is — well, was. We took this beautiful form of art and completely tore it to pieces in order to comprehend Yeats’ every intention. Don’t get me wrong, it is absolutely fascinating to endlessly analyse each stanza, but I also feel as though I can no longer appreciate the poem in the same way I once could because its beauty has been masked by a compendium of contextual relevance, enjambment, symbols, chiasmus and Greek and Roman mythology. I experienced this same unsettling sensation last year when studying the work of Keats.

Worshipping beauty like a devotee, perfectly content to write what was in his own heart or to reflect some splendour of the natural world as he saw or dreamed it to be, Romantic John Keats had the noble idea that poetry exists for its own sake and suffers loss by being devoted to philosophy or politics. Unlike the other romantic poets, Keats thought that poetry didn’t have to contain a message but only reproduce what the poet’s imagination suggested to him. Poetry had no other function than that of conveying the sense of Beauty which can be evidently seen – or the lack thereof.

This directly contrasts Orwell, which, come to think of it, without explanation has no relevance to anything I have just mentioned. So, allow me to elaborate; I have a book which lives on one of my shelves, its hefty and has a tiled cover titled: ‘All Art is Propaganda’, Critical Essays by George Orwell, and whilst I have not read it from cover to cover, I have read a  fair selection of the essays. (Two of my particular favourites include Orwell’s opinions on Dickens and T.S. Eliot.)
[a post exclusive to my love of Orwell’s writing and utilisation – this is nicely put… it’s more like ‘obsession’ – of propaganda is soon to come 🙂 ]
In his Essay on Dicken’s, Orwell comments: “I have been discussing simply in terms of “message,” and almost ignoring literary qualities. But every writer has a “message,” whether he admits it or not, and the minutest details of his work are influenced by it. All art is propaganda.” This idea of a “message” within a text is something I believe to be true; every writer has an aim or an intended effect to impart as a result of their words. Whilst literary qualities will undoubtedly reside in each and every one of these texts, perhaps they fall short of the overall message from within. Perchance, this being said,  Keats had a message, just not the kind of message he imagined conveying. He considered poetry the only reason for living and the only means by which to overcome and defeat death. He believed poetry should spring naturally from the soul: “if art does not come spontaneously, almost unconsciously as leaves to a tree, it had better not come at all”.
Keats’ message is not so plain and simple, but a treasury of worlds of opposites. Transitory human life becomes more valued the more one is aware of its fragility and ephemerality, and Keats contrasts this with the permanence of inanimate objects and animals, aiming to epitomise his own internal ambivalence about mortality. Whilst this is only one example, it proves that whether Keats admits it or not, the minutest details of his work are influenced by his smouldering internal conflicts.

Keats is an advocate of art for art’s sake. We should not have to look too deeply into something in order to appreciate the beauty it beholds; that’s my point. Appreciation of art does not have to entail overanalysis or microscopic decyphering (and anyone who feels it does has clearly never read anything truly beautiful.) On the contrary,  I do find that there is pleasure in decoding something which may have, at some stage, seemed a complete mystery. Oh, the wonderfully paradoxical ways the mind works…

… I feel as though I should conclude.
I’ve jumped from Yeats to Keats, and to Orwell’s criticism of Dickens, all whilst attempting to address my dilemma about appreciating and overanalysing art – well, poetry. So, just to diverge a little further I shall finish with a quote:

“I know a respectable quantity of Eliot’s earlier work by heart. I did not sit down and learn it, it simply stuck in my mind as any passage of verse is liable to do when it has really rung the belt.” – George Orwell, ‘All Art is Propaganda’

stumbled across my blog have you?

i am not solely sure of the reason i created this page… all i know is that i love poetry and i want to share that with more people :) 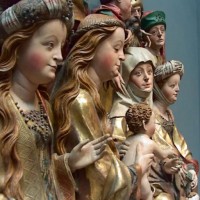 (A love affair with music)